The idea of exploring the heritage of our residents initially came from former Executive Manager, Peter Staples. He saw an opportunity and subsequently compiled a submission for government funding of the project that would become known as ‘The Migrant Story.’

After being awarded government funding, we were fortunate enough to receive a generous Grant from The Lorenzo and Pamela Galli Charitable Trust—now this vision could become a reality.

It was now time to gather willing residents so they could tell of their remarkable stories; the common feelings and thoughts discovered were those of anticipation, hopes and dreams of a better life in “the lucky  country’’; these were quickly followed by feelings of trepidation, sadness, fear and the uncertainty that come with leaving family, friends and a familiar lifestyle to move to a new country on the other side of the world, to start a new life.

The residents ’memories were brought to life by Riccardo Schirru (Journalist, Il Globo) and his inimitable interviewing ability—he was able to uncover memories and stories from times long past.

A visual representation of this project can be found in the Galleria at Assisi—a beautiful mural capturing even more beautiful lives. 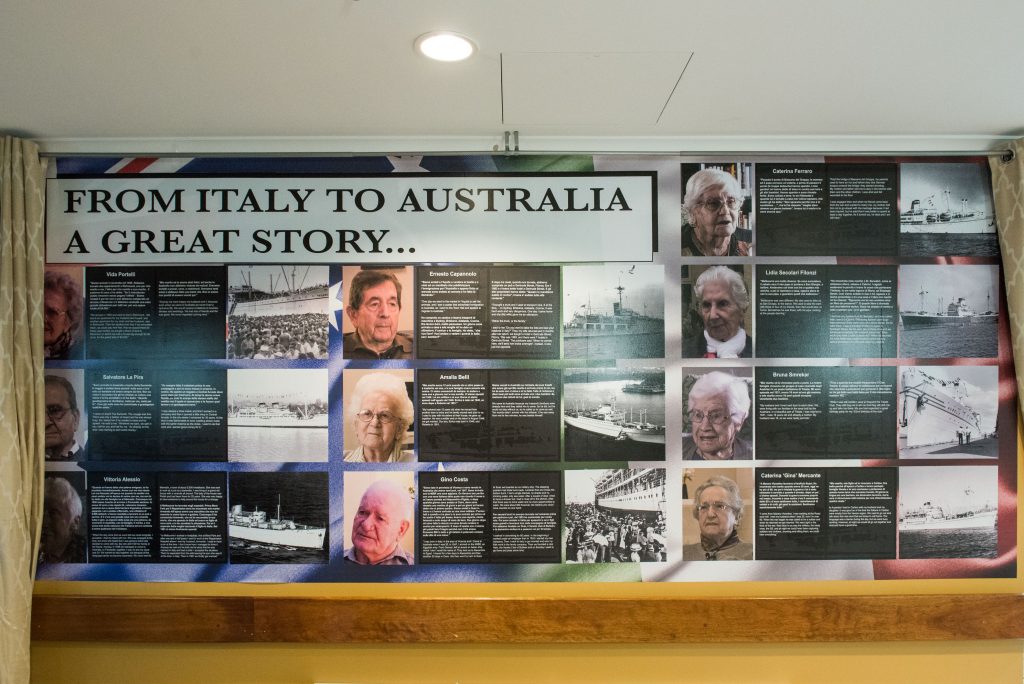 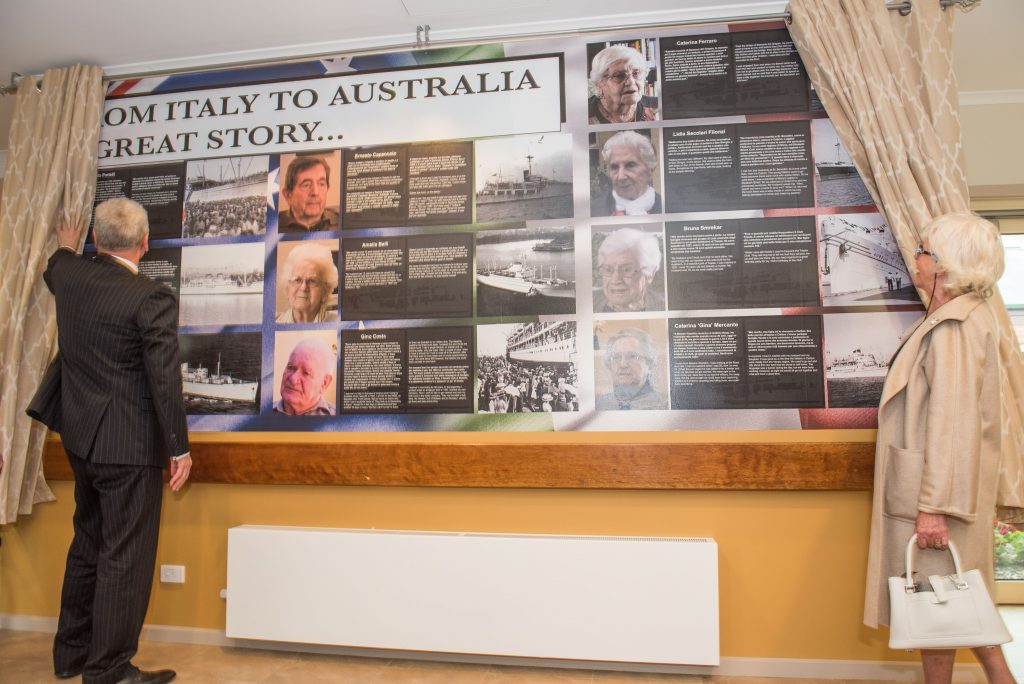