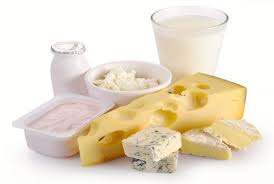 ‘Correcting the deficiency of dairy produce in the elderly may reduce fractures and preserve bone strength’ This fully funded study is being undertaken by the University of Melbourne and Austin Health. In September 2014 Assisi Centre Aged Care was approached by Melbourne University Principal Investigator in the above study, Dr Sandra Iuliano regarding the willingness of our residents to become involved in baseline testing for the research.

A resident meeting was held during which the investigating team outlined to the residents the reasons for the study and the hoped for beneficial outcomes for residents.  Residents provided signed consent to be involved in base line testing which has been carried out over the last 4 months and has included blood tests, resident interviews, clinical indicator measurements such as weight, observations of the menu, meal sizes and residents food preferences.

On 17 February we received notification that the baseline testing is complete and Assisi has been selected as one of the randomised intervention sites for the ongoing research over the next 2 years.

This includes Assisi providing ongoing fall report summaries and other clinical data and working with the Assisi chef Andrew to review the menu to include 4 dairy serves per day for each resident.