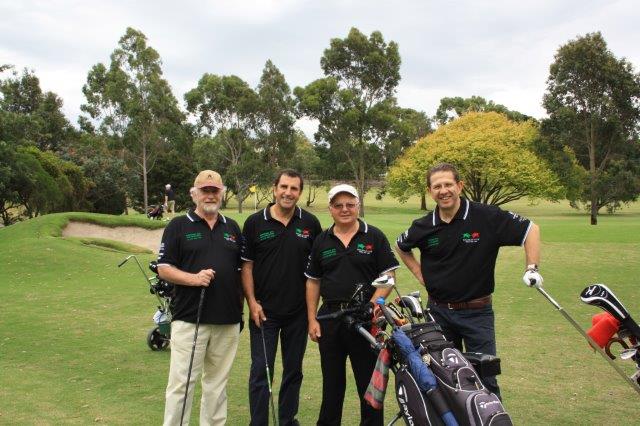 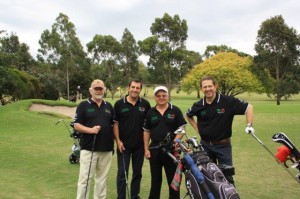 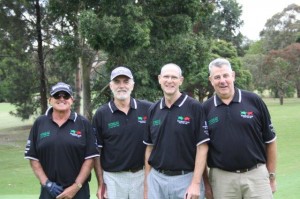 The 2015 annual Toccolan Golf Day was held on 23 March at the picturesque Kew Golf Club. It was an enjoyable day’s golf followed by a delicious presentation dinner with guests entertained by host and Hawthorn Football Club legend Robert DiPierdomenico (Dipper).

All proceeds from the day were donated to the Assisi Centre which has now been the beneficiary of this annual golf day since 2012. The very generous amount of $5000 was raised on the day.

92 players participated on the day , including many members of the Assisi Board.  The winning team consisted of Joe Lombardo, Joe Piperno, Adam Lombardo and Con Terpos, a team brought together by Board member,  Ferdinand Zito.

It was a very successful day made possible by all the players, 18 generous sponsors and the hard work of Ernie La Torre, from the Toccolan Club, who organised the event.

The Toccolan club has been an ardent supporter of the Assisi Centre in many ways over the years.

Adding further to their generosity is the astounding donation to the Assisi Centre of $23,000, which was raised at the 2014 annual Toccolan Football Luncheon.

The Board, Management, staff and residents of the Assisi Centre wish to thank you for your generosity and continued support.

The Toccolan Club is an Italian Social Club formed in 1990 by a group of people who share an Italian heritage, an enjoyment of life and a strong sense of community. The name derives from Tocco da Casauria, a small picturesque town in the  Abruzzo region, from where most of the founders’ parents emigrated.