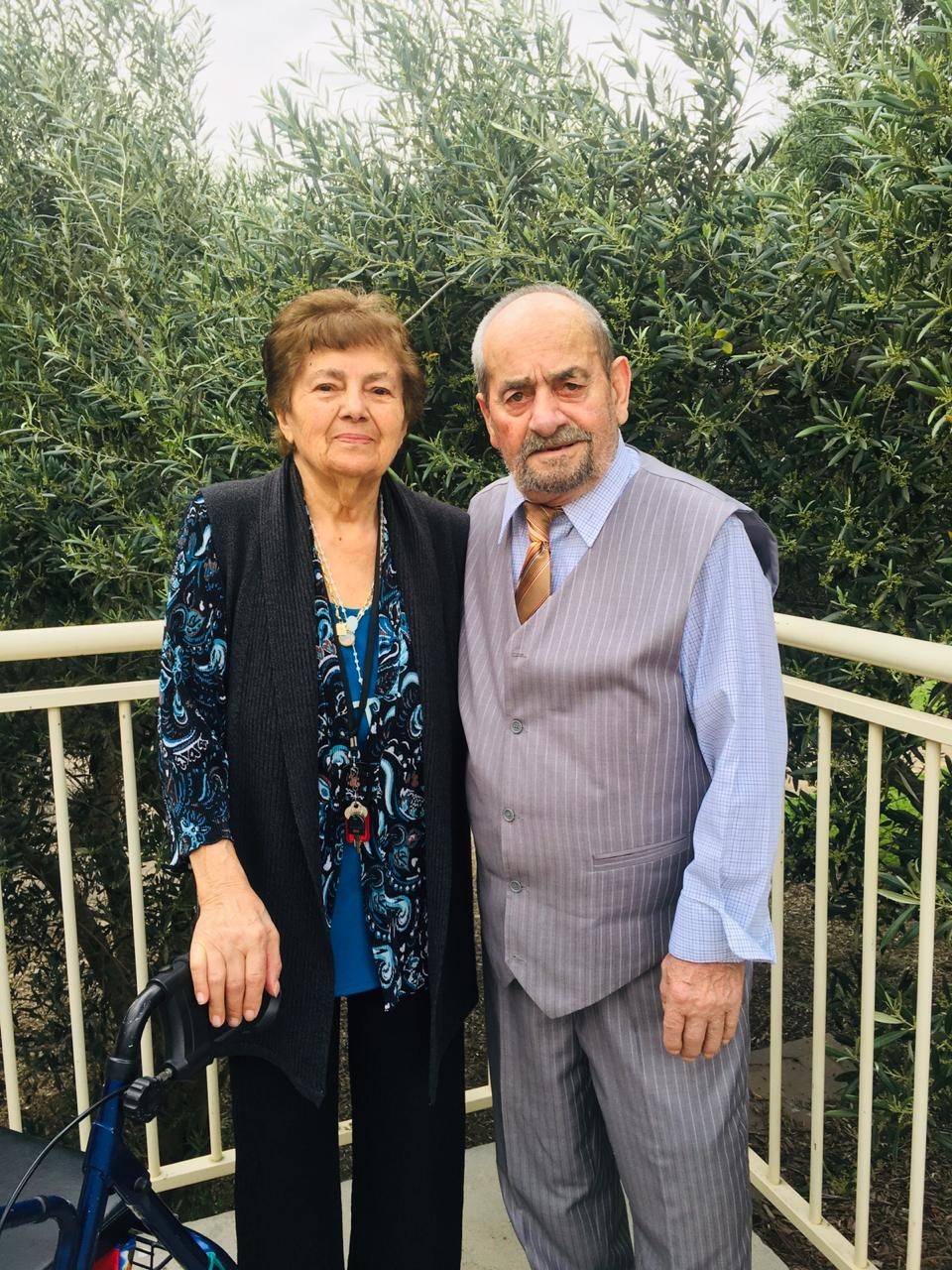 A remarkable milestone by anyone’s standards.

Having both grown up in neighbouring villages in the Abruzzo region of Italy, Pietro in 1931 in Caramanico and Irma, in 1932 in Castiglione, they met when they were very young.

They grew up amongst the brutality of world war 2 and beyond. Their love for each other blossomed in the ensuing years, leading to their wedding on 21st September 1950. They went on to have 3 daughters, Alida, Rita and Maria.

As their family grew, work opportunities diminished. There was no choice but to look abroad for work.

The decision was made in 1955 that Pietro would move to Luxembourg in search of employment.

Pietro worked relentlessly to provide for his family, however, his separation from the family was unbearable.

He then decided to move to Germany to work as a bricklayer. The move provided the opportunity to relocate and once again reunite with his family.

The family later decided to migrate to Australia and arrived here on 15th May 1967 on the promise of a new and prosperous life. Both Irma and Pietro worked hard and endured the hardships and happiness experienced by many migrants settling in a new and foreign land. Through sheer hard work and determination, they forged a wonderful life for their family.

They travelled back to Europe many times over the years.

Pietro continued work as a bricklayer and found joy and success in pastimes, such as bocce, for which he won many trophies, and playing the piano accordion.

Irma worked as a machinist, creating beautiful manchester, for which she won awards. In addition to looking after her family she enjoyed gardening, cooking and has an affinity with animals.

Pietro and Irma moved to Assisi in March this year and have since immersed themselves in the community. Pietro loves to belt out a tune and always has his piano-accordion at hand to play for the residents. Religion is very important to Irma who attends rosary every day and observes the holy days and saint feast days.

While Pietro and Irma were not able to have their extended family around them to celebrate their milestone anniversary, the occasion was commemorated by staff and residents alike and much fuss was made of them.

Their daughters, Alida and Maria were given special permission to be with them on their special day to help them celebrate. The couple’s other daughter lives in Italy.

Their daughters speak very fondly of their parents and wish to express their gratitude for the love and sacrifices they made for their family.

No doubt they are planning a huge celebration for the time when the extended family can gather.

We wish Irma and Pietro happiness, health and congratulations on their achievements and 70th wedding anniversary!